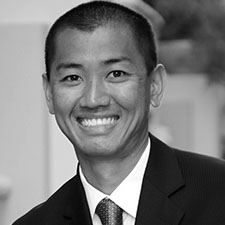 (Drew Saito is Senior Vice President at Pacific National Bank. He has 15 years of banking and financial services experience in South Florida. Previously, Drew held the position of SVP for Seacoast Bank (First Green Bank), Senior Vice President and Commercial Market Executive for CNLBank (k/n/a Valley National Bank), where he was responsible for managing the commercial banking relationships throughout the area. He has been previously named "Relationship Manager of the Year" and part of the Chairman's Club at CNLBank. Drew was formerly an adjunct faculty member at The Huizenga School of Business and Entrepreneurship at Nova Southeastern University.

Drew earned a B.S. double major in Finance and International Business from Florida State University, MBA from Nova Southeastern University and attended the Graduate School of Banking at the University of Wisconsin - Madison. Most recently, Drew completed the Leadership Academy through the Global Alliance for Banking on Values, the Presencing Institute and the MIT CoLab.

Drew currently serves at Fleet Secretary at the Lauderdale Yacht Club and is also a board member of the Crockett Foundation. He has served as vice chair on the City of Fort Lauderdale's Budget Advisory Board, previously chaired Development for the United Way of Broward County, served on the board of Broward Housing Solutions and appointed to the Broward Housing Council. Additionally, Drew has previously served on the board of NAIOP, the board of trustees for the Morikami Museum, the Urban Land Institute's District Council Executive Committee (SE Florida/Caribbean), was a founding member of the Broward Center of Performing Art's Ghost Light Society and a member of Leadership Broward's Class 28.)