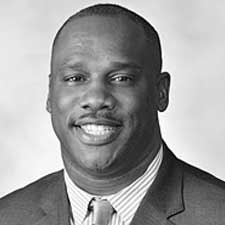 A South Florida native, Zack Crockett is a well-recognized professional athlete who enjoyed a very successful career in the NFL. Crockett began his career as a collegiate athlete at Florida State University, where he received a number of accolades, including recognition as the first fullback to rush for 100-plus yards in a game since 1984. He was a part of FSU’s 1993 National Championship Team. Crockett was drafted in the third round of the NFL draft by the Indianapolis Colts, where he played for four years. In 1999, he found his true home with the Oakland Raiders, where he spent nine years, totaling a 13-year career in the NFL. Crockett played in 175 games with 61 starts, including a streak of 109 consecutive games played dating back to the fourth game of the 1999 season. During his professional football career, Crockett had 510 carries for 1,701 yards and 36 touchdowns, 35 of which were scored while with the Oakland Raiders.

Crockett has continued his career in football beyond the playing field, currently working as a Southeast Area Scout for the Oakland Raiders. Crockett is the co-founder and vice president of the Crockett Foundation, a South Florida-based non-profit organization that serves youth through educational programs with the mission to help build character, develop leaders and improve the community. Through this organization, he is fulfilling his passion of giving back to the community and working closely with South Florida youth.
Crockett grew up in Pompano Beach and attended Blanche Ely High School, where he also played football. He graduated from Florida State University in 1995 with a Bachelor of Science degree in criminology. He is an active member of Omega Psi Phi Fraternity Inc.